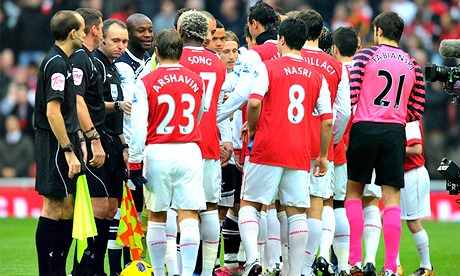 Ahead of Saturday’s mouth-watering North-London derby between Arsenal and Tottenham Hotspur at the Emirates Stadium, we here at IntoTheTopCorner have decided to make the best combined XI using both the team’s players.

In goal, Spurs’ second choice keeper Hugo Lloris takes the place in between the sticks ahead of Brad Friedel, Wojciech Szczesny and Vito Mannone. The defence is formed of Tottenham’s Kyle Walker, along with Gunners central defensive pairing of Per Mertesacker and Thomas Vermaelen, and Jan Vertonghen at left back – where he has played admirably in the absence of Benoit Assou-Ekotto.

The midfield is dominated by Arsenal with Mikel Arteta, Santi Cazorla and Jack Wilshere in the middle with task of driving forward and putting in some killer passes. Finally, the forward line is a brilliant combination of pace, width and finishing. Theo Walcott and Gareth Bale would stretch the play and trouble the full-backs with their speed, while Jermain Defoe – who gets the nod ahead of Lukas Podolski, Olivier Giroud and Emmanuel Adebayor – will lead the line. 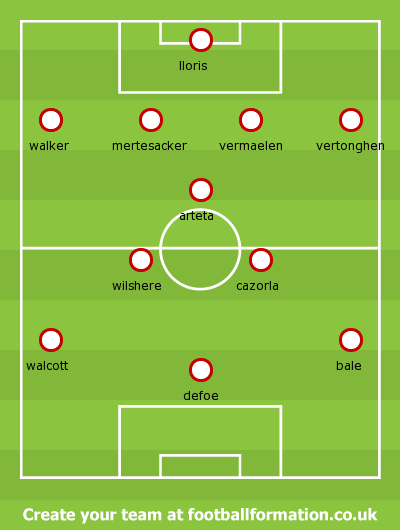