As we get close to the new year and the January transfer window, we make a team with the Premier League players who will be out of contract at the end of the season and could leave for free.

From the start of the new year, all these players can start negotiating with other clubs for a better contract and can join them for nothing in the summer. This year the likes of Michael Owen, Emile Heskey and Paul Scharner found new clubs, while Owen Hargreaves, Craig Gordon and Harry Kewell are left waiting for a phone call.

Note:- The likes of Paul Scholes, Ryan Giggs and Jamie Carragher are also in their final year of their respective deals but have been excluded from the team because it is too hard to see them playing for anybody else. 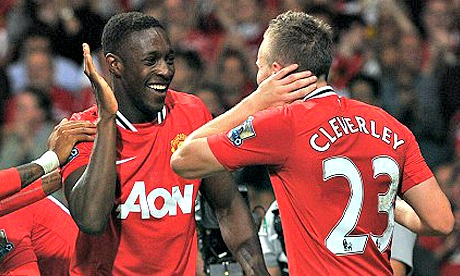 According to research by Sporting Intelligence, Manchester United have the best youth academy having produce more first-team players for club in Europe’s top 5 leagues than any other team in England.

Sir Alex Ferguson’s side are ranked fifth in the world behind the likes of Barcelona, Olympique Lyonnais, Real Madrid and Stade Rennais. Twenty of the twenty-four players who have graduated from the Old Trafford academy have gone on to play in the Premier League, La Liga, Bundesliga, Ligue 1 or the Serie A.

Elsewhere in the Premier League, Arsenal came second behind United with 20 players, Aston Villa third with 15, Tottenham and West Ham joint fourth with 13 primary products. Reigning Premier League champions Manchester City are in seventh with 12 home grown players, while Chelsea are eight with total 12 players and Liverpool are tenth with a total of 10 primary products.

Outside the Premier League, Barcelona are the undisputed kings of producing players – with a massive 38 players produced by the famous La Masia academy. And it’s not only the number of production that impresses, its the unbelievably high talent level too. The likes of Lionel Messi, Andres Iniesta, Xavi, Sergio Busquets, Pedro, Victor Valdes, Carles Puyol, Jordi Alba, Cesc Fabregas and Gerard Pique are all home-grown players.

Top 10 from the Premier League 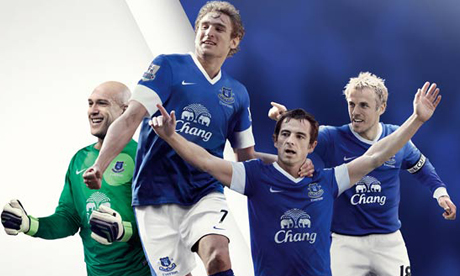 Everton have launched their new home kit campaign for the 2012/13 season. The stylish Royal Blue jersey is the Club’s first home kit to feature the famous Nike swoosh, after the global sportswear giant became Everton’s technical partner for next term.

The classic shirt features broad white cuffs and a white v-neck trim, and is made from Nike Dri-Fit fabric which is lightweight and manages perspiration, keeping players dry and comfortable for 90 minutes and beyond.  The shirt is also part of Nike’s Considered Design programme aimed at reducing environmental impact, and consists of 100 per cent recycled material.

Supporters can see the Royal Blue home strip in action for the first time this Saturday for the Blues pre-season friendly against Morecambe. The striking 2012/13 black away strip with yellow detail was launched last month as the first offering from Nike and has already proved popular with supporters. 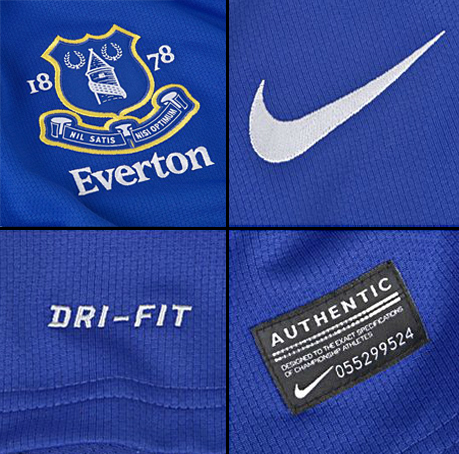 Everton’s player of the year John Heitinga admits he can’t wait to play in the Club’s new Nike home kit. The Dutch defender got a sneak preview at a recent photoshoot, and he told evertontv:

“I am really familiar with Nike kits having played in them for Holland and my previous clubs – they are always slim fit and really nice jerseys. The blue kit is my favourite, it is beautiful kit. I have seen all three and they are all beautiful but the blue shirt is our home colours – the one we play in most often – and I always like to wear our own colours. I think the Everton fans will be really happy with it.”

The kit exists as Nike’s interpretation of Everton tradition, and Tony Hibbert is a fan of its simplicity. He said:

“They are really nice kits. The home is obviously in the blue and white and is plain but traditional. I like it.”

“It makes you feel good when you look down and see that swoosh on your chest. Players are vain and when you look good and feel good then you play better. This kit looks fantastic and I can’t wait to play in it next season.” 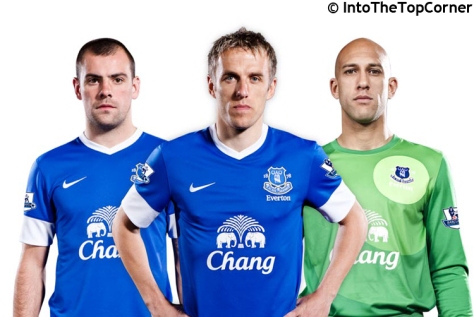 The home kit will be officially launched on Thursday, 19 July with an event at Everton One, adjacent to Goodison Park, where Blues legend Peter Reid will be in store to meet fans as they get their hands on the shirt for the first time.

Everton have revealed their new away kit for the 2012/2013 season. The stylish black strip with striking yellow detail is the first Everton kit to be unveiled for next season with new shirt manufacturers Nike.

The shirt features a discrete collar and is made from Dri-Fit fabric which is lightweight and manages perspiration, keeping players dry and comfortable for 90 minutes and beyond. The shirt is also part of Nike’s Considered Design programme aimed at reducing environmental impact, and consists of 100 per cent recycled material.

“When you are associated with a brand like Nike and you look down and see that swoosh on your chest then it makes you feel good. It is a really nice kit, all black, and I think the fans will be really pleased with it – the players certainly are.”

This season’s away shirt was unveiled for the first time on Wednesday on evertonfc.com and also to an exclusive audience of loyal supporters who went to every one of the Blues’ home and away games during the 2011/12 season. The dedicated supporters were not only the first to see the away kit but also enjoyed the opportunity to speak with Chief Executive Robert Elstone and Blues legends Graeme Sharp and Ian Snodin. 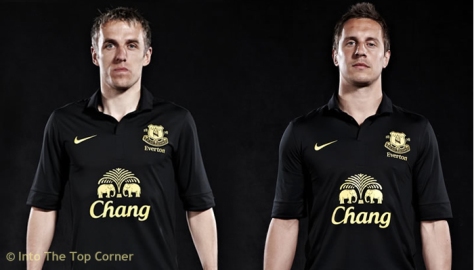 The strip will officially be released on 23 June with a special event at a revamped Everton Two store in Liverpool city centre. The full strip is available to pre-order online at evertondirect.com now. It will be available to buy on 23 June at Everton One, Everton Two and online.

“Black and yellow is a good combination and it is a really nice looking kit. I have had plenty of Nike gear in the past, it is one of the biggest manufacturers and one of the best you can have. I think to have Nike as we do now and see the kits and the designs it has to be good for the Club. The kits look unbelievable.”

“I just hope it makes us play like Barca! “But it is a really nice kit, all black, and I think the fans will be really pleased with it – the players certainly are. The leisure gear looks really nice as well. Everyone knows Nike produce some of the best casual stuff in terms of sports clothing and this is no different.”

“I like it a lot – it is a nice kit, a really nice shirt. I really like Nike designs and being involved with them is good for Everton.”

Player of the Season John Heitinga wears Nike kits for his national team, Holland, and he added:

“It is Nike and I have been contracted with for them for a long time personally so I think it is a good sponsor and also very good for the Club. The designs are fantastic and with this kit I think we are already 1-0 up.”

The Science Behind The Kit

The level of science involved in the design and production of football kits reaches new heights season after season – and the Everton’s new Nike kit is no different. Below is an explanation, provided by Nike, for some of the processes carried out and design features you’ll see with the black away kit unveiled yesterday.

“From a performance standpoint the shirt is made from our proprietary Dri-FIT fabric which is lightweight and wicks sweat away from the athlete to keep them dry and comfortable for 90 minutes and beyond. The shirt is part of our ‘Considered Design’ programme aimed at reducing environmental impact and consists of 100 per cent recycled material.

“With the away kit we wanted to use a classic silhouette that highlights the club rather than design. The colours are commercially very strong while the shirt features a discreet collar and concealed button placket that does not interfere with the player’s performance. The short is a lightweight, woven fabric – slightly longer and slimmer fit than previous patterns we’ve used – and again is from our ‘Considered Design’ programme.

“The sock in each case is a Dri-FIT fabric that pulls perspiration away from the skin to keep the player dry and comfortable, while a dynamic arch bridge provides a supportive compression fit and a stable feel. In addition to the anatomical left and right foot design, the channel-cushioned sole aids wicking perspiration and cushions the sole and Achilles for comfort.”