The Champions League group stages are done and dusted with Chelsea becoming the first holders in the history to be knocked out in the group stages, Manchester City completely out of Europe, Real Madrid finishing second and Lionel Messi in fine form.

Here, IntoTheTopCorner picks its Group Stage Ultimate XI, containing the very best performers over the six matchdays in a 4-5-1 formation. There’s an alternative to each selection, so have a look at the team below…

Celtic are through to the knockout stages for the first time since the 2007/08 season and they had some individual performances to thank for. The former Newcastle United shot-stopper is one of them, as he had two brilliant games against Barcelona that actually secured their qualification. A last-gasp defeat at the Camp Nou and a historical win at Celtic Park did their confidence a world of good, and their final matchday win over Spartak Moscow was more than deserved.

Bayern’s skipper and Mr. Consistent, Philipp Lahm, has proved dependable yet again as the Bundesliga leaders secured the top spot in Group F ahead of Valencia. Though, the German international captain did his best work on the left flank he comes in our side as a right-back. He managed three assists and won one penalty in the five matches he played and looked very solid at the back.

The Brazilian is known as one of the best defenders in the world of football at the moment and he didn’t let anyone down. The former AC Milan centre-back was very consistent throughout the group stages as he helped the French side to first place in Group A in their long-awaited return to Europe’s elite. He scored two goals including the opener in PSG’s important win over Porto on Matchday six. 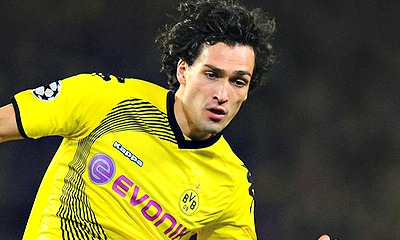 Dortmund – surprisingly – topped the Group of Death and they had their solid defence to thank for it. Hummels, the integral part of the reigning Bundesliga champions’ back four, was at his very best as Die Schwarzgelben remained unbeaten in all of their six group games and also managed to keep three clean sheets in the process.  All the defence played their part, but the German international was perhaps the standout performer in Jurgen Klopp’s back four.

Juventus secured their passage through to the knockout stages as Group E winners thanks to an unbeaten run of six games. Their last three were impressive wins and also clean sheets, while the Old Lady came out victorious in Donetsk – a feat achieved by very few teams in the past 12 months or so. The Italian international was perhaps the most impressive player in Antonio Conte’s back three.

The Chilean international has to be one of the players of the group stages. The former Leverkusen man is a typical box-to-box midfielder combining defensive steel with goal-scoring prowess at the highest level. His partnership with Claudio Marschisio is the engine of Conte’s team. In the group stages, he averaged 4.8 tackles per game and scored three goals with one assist—an absolutely remarkable feat for a defensive midfield.

The Brazilian alongside the Chilean gives our side some South American feel in the midfield. Willian, who has attracted a lot of interest from the Premier League clubs like Chelsea and Tottenham in the past, was one of the top performers for Shakhtar scoring four goals and creating two as they made it through to the last-16 and dumped the holders out of the competition in the process.

The 20-year-old Spaniard scored twice and assisted two in six games to announce himself on the European stage and walk straight into our line-up. While he has failed to to translate this form into his La Liga games, Isco has been in super form in the Champions League. It’s his form in the in Europe’s elite competition that has clubs scrambling to meet his €18.5 million buyout clause before Malaga extend his contract, and it’s clear this kid has something slightly special. 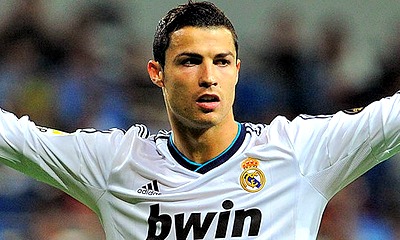 Love him or hate him, but the Portuguese is surely one of the best players in the world and he proved it with his performances for the Spanish champions in the group stages. The former Manchester United star managed to scored six goals in the group of death and will be hoping to score many more in the later stages as he hopes to guide the Los Blancos to their first ever Champions League title in over a decade.

A Champions League team without the best player in the world? Not possible at all. The Barca striker is at his very peak and was again at his very best in the group stages scoring five goals and creating two as he helped the Catalans top their group. The Argentine has had the best year having scored 90 goals and will be hoping more of the same in 2013 as he looks to guide his team to yet another European success. 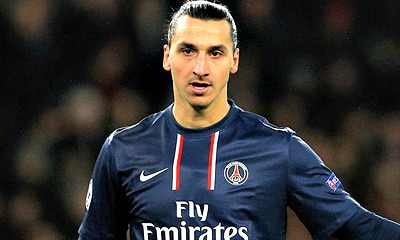 Out strike force is a nightmare to any team and Ibrahimovic leads it. The Swede has played for the many elite club during his career but his contributions for the French capital side in this season’s campaign can’t be ignored. He has managed to score just two goals in the six games but it’s the five assists that are the most impressive. Ezequiel Lavezzi, Javier Pastore and Jeremy Menez must really enjoy playing alongside the Swede as he continues to impress.

Just one round of fixtures remain in the group stages of the UEFA Champions League, with 13 teams having already qualified for the last-16.

All the four Spanish teams are through to the knockout stages along with Arsenal & Manchester United, and with just three places up for grabs holders Chelsea are one of the six teams in contention on 4 and 5 December.

Can still qualify: Juventus or Chelsea; Benfica or Celtic; Galatasaray or CFR Cluj (in each case losing team will play in the UEFA Europa League).

Can qualify for UEFA Europa League: Zenit St Petersburg or Anderlecht; Ajax or Manchester City (in each case the losing team will be knocked out of Europe)

Here lets have a look the the permutations for all the eight groups..

Porto have qualified with the most number of points after five games and will clinch the first place in the group win a win or a draw in Paris.

PSG are also through but must beat Porto to finish top.

Dinamo Zagreb are out of Europe.

Schalke  are through and will win the group if they get all three points in France or Arsenal are denied a win in Greece due to their head-to-head superiority.

Arsenal have qualified for the knockout stages for the 13th year running but to top the group, they must win at Olympiakos and hope Montpellier don’t lose to Schalke.

Olympiakos will transfer to the knockout stages of the Europa League.

Montpellier are out of Europe.

Malaga in their debut season in the Champions League have qualified as group winners due to their head-to-head superiority over Milan.

Milan are through as runners-up of the group.

Anderlecht will qualify for the Europa League knockout stages if they pick up more points than Zenit or overturn their goal difference.

Dortmund have qualified as group winners due to their head-to-head superiority over the reigning Spanish champions.

Real Madrid are through as runners-up, the 16th year in a row they have made it through their group.

Ajax will qualify for the Europa League if they win in Madrid or if Manchester City fail to win at Dortmund due to the Dutch champions’ head-to-head superiority.

Manchester City will qualify for the last-32 of the the Europa League if they win in Germany and Ajax fail to win in Spain.

Shakhtar are through and will clinch first place with a win or draw in their final game.

Juventus will finish first with a win against Shakhtar, and will be through with a draw even if Chelsea win against Nordsjælland.

Chelsea need to win their final game and hope the Italian champions lose as their head-to-head record is inferior to both teams above them.

Nordsjælland are out of Europe.

Bayern are through to the last-16 and top on head-to-head record ahead of Valencia. The Germans will win the group if they beat BATE or secure as many points as Valencia.

Valencia are through but must pick up more points than Bayern to finish first in the group.

BATE will finish third and enter the Europa League as their head-to-head record is superior to Lille’s.

Lille are out of Europe.

Barcelona are through as group winners

Benfica will be through with a win in Spain, or as long as they pick up the same number of points as Celtic, as they have the head-to-head superiority over the Scottish champions.

Celtic must pick up more points than Benfica to overtake them and make in through to the last-16.

Spartak are out of Europe.

Manchester United are through as group winners.

Galatasaray are second ahead of Cluj on head-to-head record. They will qualify with a win in Portugal or as long as they pick up as many points as the Romanians.

Cluj must secure more points than Galatasaray to qualify for the Round of 16.

Braga are out of Europe.

England kickoff their World Cup qualifying campaign this week against Moldova at the Zimbru Stadium and here we have a look at the Three Lions’ road to the 2014 FIFA World Cup in Brazil.